I went for a walk with my toddler during the middle of the game today. It was spooky–no cars, no humans, anywhere, except for this other duo at the park who were twenty-somethings having a fight in that way of being in love with each other but being incompatible and so bone weary of their loops. They were lovely and vibrant, but I was glad to be on the other side of it all with my exuberant and laughing kid jumping in every puddle and giving me a hundred side glances of love.

There was a moment, when we were almost home again, when all of a sudden I heard screaming from every nearby houses. Even Monster, this asshole dog who lives down the street, started howling. Ten seconds later there was fireworks. My neighborhood is all about the illegal fireworks.

The Seahawks had just scored a touchdown seconds before half-time, and it was this moment where everyone was doing this same thing, in their separate spaces, but feeling the same joy and pride, and even me, not watching the game and being out of step with my city, even I felt something good. 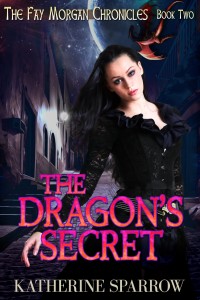 AKA: I live in the banana world of toddlers, and oh the things they say.

“Bad News! The Asteroid is Using the Time Machine”
Which needs to be a cartoon book written by my friend Catherine Rzepniewski and her young son.

“My Poop Plan is Working Right Now but It’s a Secret” Which my Lyra can write and I will edit if she lets me read it.

“Try Not to Sit on the Guinea Pigs, They will Die ” A cautionary Sparrow tale.

“Pretend I’m not Real and Nothing is Real” an existential treatise on everything and nothing, or maybe just a tedious game that goes on and on.

I was at the MLK jr. march on Monday–which is one of my favorite Seattle events. It’s usually soggy and full of brass marching bands and excellent friends I don’t get to see very often. I was walking with a friend of mine who talked about how she was in a bit of a rut and wished she had some creativity in her life, and that she wished she could discipline herself to be a writer. She said it with this sad longing in her voice. I hear that kind of thing all the time from people. Like maybe they want to write someday when they have the time, or that they wrote fantasy when they were young, or that they have this book they want to write about a bank heist but it’s the World Bank and things get really complicated and political fast (I so want to read that book). Or they tell me that they think about writing and read about writers and don’t know how to start, but it seems like this thing that is missing from their hearts and lives. And has anyone else noticed that the internet is full of articles and inspirational quotes on how to become a writer? (Or maybe that’s just my internet.)

Anyway, writing. People are into it, and do I think it’s cool? Yeah, I do. I mean, I love it like nothing, but I don’t mean cool in the high school way of more popular than thou, or cool like wearing hip new jeans. It’s the opposite of that: it’s raggedy-ass jeans with holes in all the wrong places that you are wearing because you decided who cares but then everyone is looking at you funny. At least it’s that if you are writing about all the scary and true things you want to think about and want other people to think about. It’s cool in a way that means worthwhile, vulnerable, and badass all rolled together.

And I think that’s the reason why there’s this whole ocean of people who are pining to be writers because, well, if we only have one life to live, and then we are dead forever, we want to live worthwhile lives. And lives that effect other people and change the way people see the world, and how do you do that? I don’t know, nobody knows, but writing might do that, if we’re lucky. And on top of that it’s this daily practice where you get to be your fullest self and also use your brain cells to be tricky and smart about how to make story irresistable.

So the next time someone tells me they want to write, and have a story they want to publish, or whatever, I want to hear it in a different way. Not like they are failing to do what they want, but that they are on the edge of jumping in to something important. I want to tell them so loud that they should do it and that I will read it. I want to tell them, so loud! That they should write their beautiful hearts out, and also be activists for what they believe in, and also find work that at the minimum doesn’t make the world a more terrible place. And heck, if I’m being all bossy anyway, I want to tell them to fall in love with the world and be in it like it matters and they matter. I want to invite them to the dance, the big rowdy human dance where there’s a mosh pit in the middle and people are banging their heads together with their stories and all kinds of other body parts and things.

So, you got any stories you want to tell?

Pre-order the Dragon’s Secret! Soon to be launched in the world–it should be appearing in ebook-landia sometime next week. It is the sequel to The Magician’s Mistake, and friends, if you are wondering if all is going well in the life of Morgan le Fay, and if her days are pleasant and strife free, I am sad to tell you that they are not. Not only are there roving bands of tourists witches trying to take selfies with her, but there is a man, the man, who is being way too much of a gentleman, and, um, dragons?

And not just any dragons, but Y Ddraig Goch himself: the famed red dragon of Wales and I hate to tell you this but he is doing really bad. Like kidnapped bad. And that’s just the beginning of all the things going wrong for Morgan and her friends as they try to find the missing dragon and unravel the secrets that have been buried and kept hidden for the last eleven hundred years.

Are you ready? Are you seriously ready? Because it’s rather awesome. Okay, eyeballs beware:

Made by the super talented Miranda at Book Design and Editing. Wow, that Morgan is looking pretty and a little evil, no? As she should be.

Presenting: The Magician’s Mistake, book 1 of The Fay Morgan Chronicles.

Wherein, the immortal Morgan le Fay runs a Wiccan supply shop in Seattle and fights paranormal crime. This is book one, where you meet the gang and shit starts to immediately go south for our dear Morgan. Oh, I have so many fun places I am going to take this series. I hope you love it as much as I do! 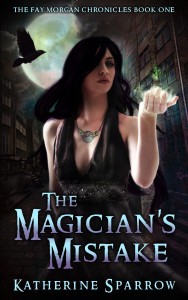 Well here we go! A new year with a futuristic title (2015, what?) and a new website made by my illustrious live-in hacker friend (thanks, E).

He and I spent some time last night trying to get a picture of me for this website where I didn’t look incredibly uncomfortable and awkward. We utterly failed. I missed the day in life where I was taught how to be photogenic.

At least I have a picture of a beautiful graffitied sparrow on a green background up top. One of my joys in life is traipsing around cities and finding all the smelly alleyways full of exuberant art. I love the fact that art can be anywhere and everywhere, and that there are people willing to risk their liberty or at least some hefty fines to make the world a lovelier place.

And since you found your way here, please consider following the blog and signing up for newsletter. I promise to be infrequent, brief, and hopefully charming in all my missives. Thanks!